Guide to Investing When You're Young

The Advantages of an Early Start

Saving in your youth and the power of compound interest.

We’re often reminded to save money for a rainy day, but young people don’t always think in the long-term. While it’s true that many people start investing later in life and enjoy comfortable returns on their investments, one only needs to see a few friends have financial troubles to realize that things don’t always work out that way. Investing earlier in life can sometimes make the difference between retiring when you are ready and retiring when you are able; while you may be healthy well into your senior years, that’s not always guaranteed.

Perhaps the greatest advantage to investing at an early age is the effect that compound interest can have on your savings. A long disputed quote has Albert Einstein claiming that compound interest “is the most powerful force in the universe.” Regardless of who actually said it, there is some truth to the joke.

It is interest based not only on the principal, but from previously accrued interest. In the short term, it’s not terribly impressive, but over thirty years or more, it can produce a handsome dividend.

Great minds have been fascinated with compound interest for generations. Founding Father Benjamin Franklin, who liked to posit that a penny saved was a penny earned, decided to put it to the test. At his death in 1790, he bequeathed £1000.00 each to the cities of Boston and Philadelphia, with intent to build trade schools and public works projects in one-hundred years’ time. Compound interest did the trick, netting $572,000 for those cities in 1891. The fund was closed in 1990, with institutes named for the statesman and scientist earning a $7 million dollar bounty.1

Making it work for you

If you were to place a small sum of money into a bank account that offers compound interest and leave it alone for a long period of time as Franklin did, your money would grow. For example: $100.00 left alone in the bank for thirty years at a 10% annual compounded interest rate would multiply to $1,744.94.2

However, if you were to add money to the account over time, the compounded interest would only grow and could create a very healthy supplement to whatever other retirement plans you may have in place. Say that you started with $1000.00 in an account offering 15% interest; an account you added $600.00 to per year ($50.00 a month). In 40 years, if you kept up your deposits, the account would hold $1,495,435.86.2

These are hypothetical situations; you may be able to contribute more or less money as time goes on. You may find an account that earns a different level of interest. Inflation needs to be considered as well; just as a million dollars today doesn’t get you as far as it did forty years ago, it may not seem like a lot of money once you’re ready to retire.

There is no guaranteed path to financial security, but a young person has advantages that shouldn’t be squandered. A combination of investments, with an eye to the long-term, can make all the difference.

This material was prepared by MarketingPro, Inc., and does not necessarily represent the views of the presenting party, nor their affiliates. This information has been derived from sources believed to be accurate. Please note – investing involves risk, and past performance is no guarantee of future results. The publisher is not engaged in rendering legal, accounting or other professional services. If assistance is needed, the reader is advised to engage the services of a competent professional. This information should not be construed as investment, tax or legal advice and may not be relied on for the purpose of avoiding any Federal tax penalty. This is neither a solicitation nor recommendation to purchase or sell any investment or insurance product or service, and should not be relied upon as such. All indices are unmanaged and are not illustrative of any particular investment.

This Detailed eGuide explains how to apply, covers timing, health, you desire to work, and other factors that may influence your Social Security claim decision. 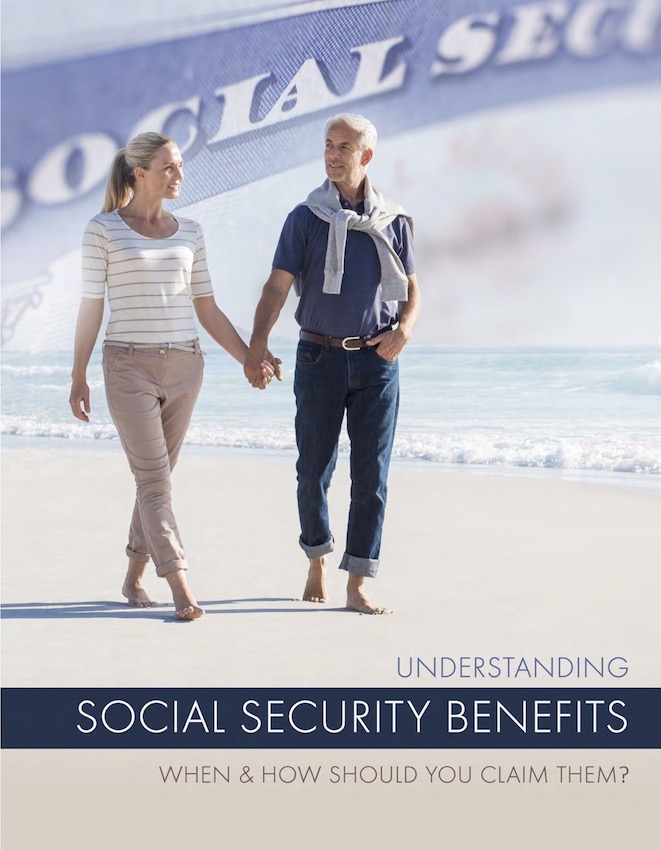 Retire Guides is an independent financial advisor dedicated to making retired living achievable and enjoyable by offering a retirement roadmap, providing tools that make navigating retirement that much easier, and serving as a guide to set you on a path towards a comfortable retirement.

This communication is strictly intended for individuals residing in the state of Texas. No offers may be made or accepted from any resident outside the specific state(s) referenced. Investing involves risk, including the potential loss of principal. No investment strategy can guarantee a profit or protect against loss. Neither SagePoint Financial, Inc., nor its registered representatives, offer tax or legal advice.

Blue Sky Disclosure: This communication is strictly intended for individuals residing in the state(s) of Texas. No offers may be made or accepted from any resident
outside the specific state(s) referenced.

1 Qualifying membership in the MDRT is based on minimum commission and gross business generated within a year, and is not based upon performance or returns experienced by any client, or opinions of the advisor’s clients or former clients. Third-party rankings and recognitions are no guarantee of future investment success and do not ensure that a client or prospective client will experience a higher level of performance or results.